Stability AI, developers of the highly popular artificial intelligence image generator Stable Diffusion, have just announced a major update to their program. On the menu are images that gain in resolution and level of detail. The team says it has also been working on limiting redirects for pornographic purposes. Version 2 of Stable Diffusion is available on GitHub.

According to the team, V1 has AI from its creator ”
changed the nature of open source AI models and spawned hundreds of other models and innovations around the world.
Stable Diffusion arrived earlier this year, around the same time as its competitors Midjourney and Dall-E 2.

This technology produces images of text markers. For example, the image on the front page of this article was generated from the query “an astronaut making a sandcastle”. Questions are passed to a deep learning program designed to spot patterns in massive amounts of real-world data. 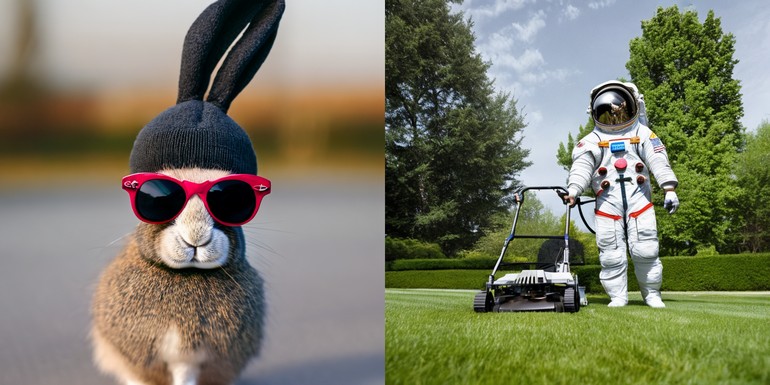 The creations that have emerged from these AIs are shaking up the art world and questioning what makes a work and who should hold the copyright. Famous artists fear that their style could be copied by these programs.

These issues escalated this summer after a Colorado resident won a digital art contest with a work created by AI Midjourney. Following this, the Getty Images image bank decided to ban AI-generated creations.

Stable Diffusion tries to address some of these concerns by limiting the ability to create photorealistic images of celebrities and imitate the work of specific artists. The algorithms have also been modified to reduce the chances of obtaining images of nudity or of a sexual nature. Some users have denounced some form of censorship.

Stability AI said that in addition to releasing its code, it plans to provide access to its software running on its own computers in the coming days.